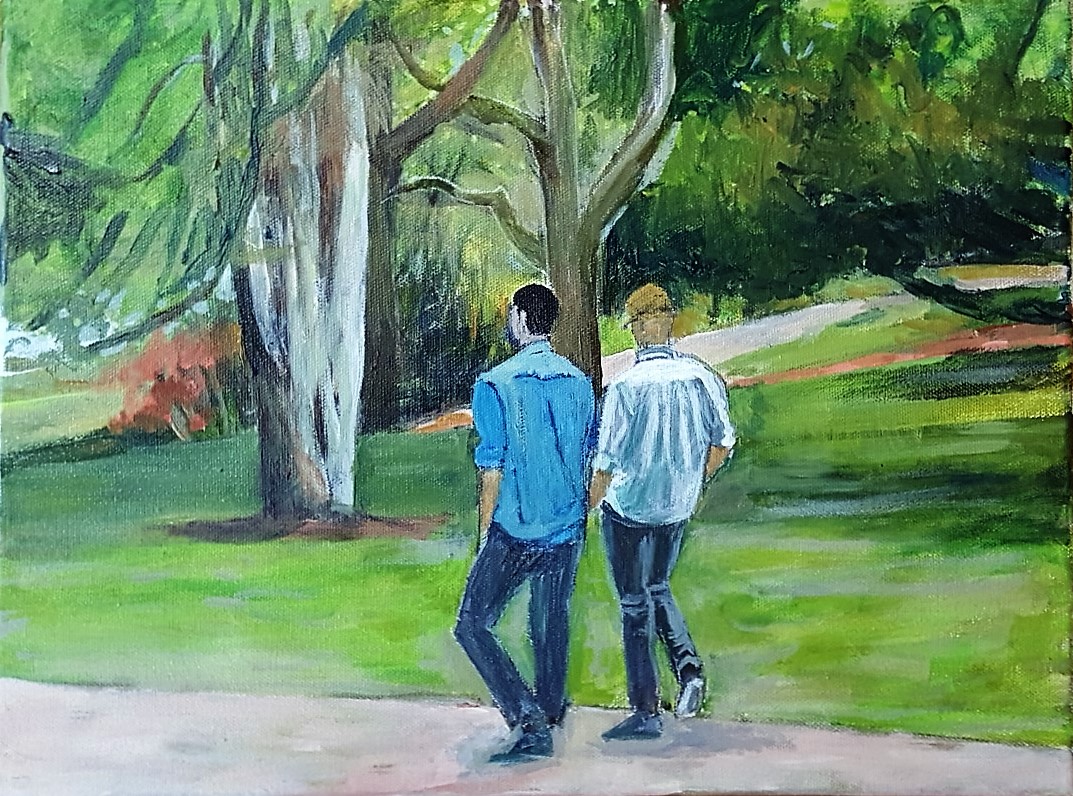 this term was epic in that we did some excellent work relating the figure to the landscape.

we had a great day in Albert park with some lovely obliging subjects, did some good sketches and took loads of photos and came up with some of the best compositions yet.

David Thomson  had a nice energy in this study, good use of verticals diagonals and rhythmn  lines

Margaret Neales painting taken  at a couple of stages

two sophisticated figure compositions from Anita gate . Nice use of transparency and edgy diagonals- works in progress she tells me though as we know paintings are never finished, they just stop at interesting places!

all up a very good term for me as a teacher

not only did we have a lovely day at the park together but i feel as if something that i have been hammering away at (relating elements in composition) for a long time now really registered this term.